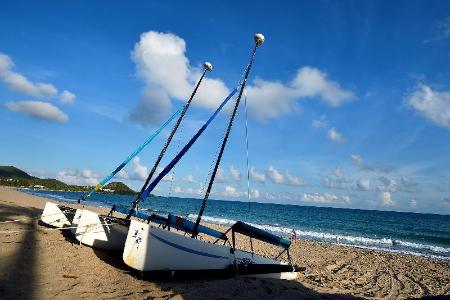 See all
Chateau Beach Resort
Kenting Street,Kenting Street - View on map
"To be totally honest, I did not watch the movie before I picked this spot and not until I was there that I started to realize that the movie is so popular, everybody is still talking about it. It is not a good season for coming here in Dec, too much windy. When staying in a hotel with it’s own private beach, it is too sad you can only stay in room. Yes, the oceanic scene is unbeatable, but it would be better if I could stay in upper floors as the trees are somehow blocking my sight. You have rich choices at breakfast, and other entertainments, a few minutes walk from the main Kenting street, where you have the true leisure. "
Show more
8.6 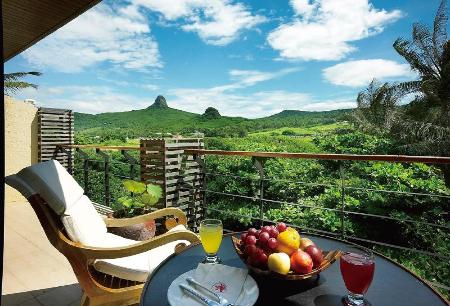 See all
Caesar Park Hotel Kenting
Kenting Street,Kenting Street - View on map
"I stayed at Casear for 3 nights in August 2014, to celebrate my son's birthday. I arranged with the hotel in advance so they prepared a birthday cake (for free). The location is not bad, you can easily walk down to the main street. The hotel room is not as nice as I expected as my friend told me this is one of the most beautiful hotel in Kenting. Anyway, I booked an ocean view room, but is kind of half ocean view (half blocked with tall trees). The shower room is ...I didn't expect to have such a old style rustty shower room(inside the shower room, there were unremoverable stink) The bath tub is good, so is kinda look odd with a nice room but a rusty shower room. Overall the hotel is not bad, the food (breakfast and dinner buffet) is ok, definitely not the best. I had lunch and dinner at their lobby lounge, food was good except there were flies. I am heading to Kenting again in Easter 2015, and will try other hotel....."
Show more
8.6 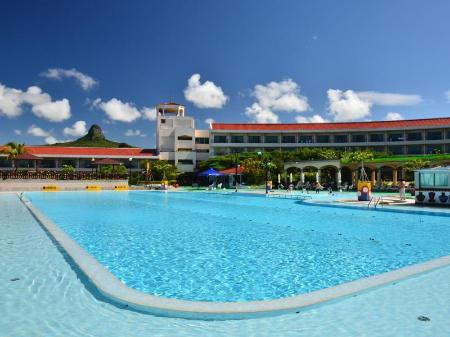 See all
Howard Beach Resort
Kenting Street,Kenting Street - View on map
"My friends and I stayed at Howard for two nights on a trip to Kenting. We stayed in the deluxe double (mountain view), which was a large room with who king size beds and a balcony. I was 100% satisfied with the room. The bathroom included a separate shower and tub, and the shower areas was enclosed - this is not the case of many bathrooms in Asia, but is certainly my preference. The booking included a buffet breakfast, which is quite good - it includes traditional Chinese foods, but also had some western options. I am a Canadian vegetarian, and since arriving in Taiwan, I have struggled with the food, but I was very happy with the selection at Howard. The location of this hotel is fabulous - it is about a 5 minute walk from the night market, and has a tunnel that leads to a small beach, where guests can swim, or rent an umbrella and just relax on the beach. There is also a large swimming pool and two hotels at the Howard - I didn't spend much time there, as I'm more into the beach, but it looked nice. The only thing kind of strange about the Howard is that downstairs, on your way to the beach tunnel, there is a very large games arcade.play area for children, and it smells a bit weird down there. The staff at the Howard were very helpful - I remember a gentleman named Woody checked us in, and explained the amenities the hotel offers, gave us two free drink tickets, and a coupon to save on bicycle rentals. He also knew a little English which was nice. The Howard lobby entrance is actually about a five minute walk from the main street, but they have an employee in a go-cart who drives up and down the way picking up guests walking along. If you want to leave the lobby and go to the street, just wait a minute and the go cart will take you. You can also rent bicycles, electric bikes, and scooters on the howard premises. Note that the Kenting Express (major bus that goes between the bus/high speed rail station and Kenting), stops directly at Howard. "
Show more
8.2 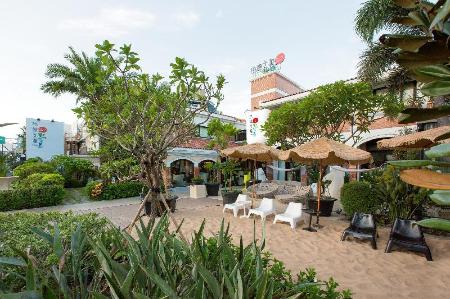 See all
Hotelday+ Kenting -SMOKEY JOE'S HOTEL
Kenting Street,Kenting Street - View on map
"Smokey Joe's is a famous catering and hotel group in Kenting. The one we picked is situated on Kenting Road, the most famous and busiest street in Kenting. From lobby to hotel room and some in house guests, the hotel gives you an aura of America. Most hotel rooms have balconies facing the public swimming pool. The room is well equipped with free water and soda drinks. What's impressive is the hotel brand "Smokey Joe's" bathroom things like lavender body cleanser, shampoo, conditioner and guess what? Sun Block cream, so considerate, aren't they? If you want more for your family and friends, you may buy them from the lobby. Since the distance between each attraction is quite far, the best transport is motorbike and bicycle. But as most tourists do not hold an international motorbike license, they have no choice but renting electric bikes at about NTD800 per day (no deposit is required). Food is not as tasteful and special as in Taipei, Tainan and Kaohsiung but you will still enjoy the traditional night market from 6:00pm. "
Show more
8.9 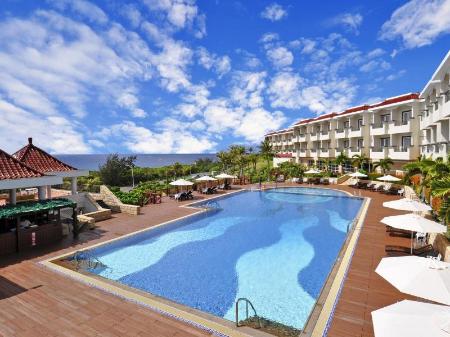 See all
Fullon Resort Kending
Kenting Street,Kenting Street - View on map
"nice hotel with large room (we had the twin deluxe) and good facilities (although a bit outside of kenting - but free shuttle bus to kenting and bus station); great service!!! - any problems, questions, request got promptly solved and met by the friendly and competent staff; good choice at the breakfast buffet (chinese and western); it is a bit on the pricey side, but it is well worth the money (and i got a nice deal through agoda "
Show more
8.2 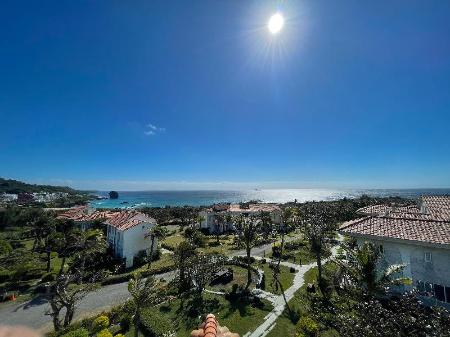 See all
Four Sisters Villa
Kenting Street,Kenting Street - View on map
"I've been coming to Kenting for over 10 years now. This is the place I've been searching for. It's different because the owners are on site and unlike the other hotels, they actually care. We were greeted on our arrival by Irene the 2nd sister with a warm smile, she even knew who we were. In the lobby there was an array of top quality boutique sweets and snacks greeting us. Service was exceptional. Breakfast is different, again boutique and you can tell its been made with care and detail unlike the generic breakfast you find at other hotels. The rooms are specifically designed by an Austrian designer. It's the little things that make a big difference like international adapters, locks on shower doors, special curtains, the full complement of 125 TV channels, help yourself to the entire mini bar for free, a free shuttle bus to and from the main street for those who don't have transport, but the best part, they treat you like family, you are not just another number, you are a friend. "
Show more
9 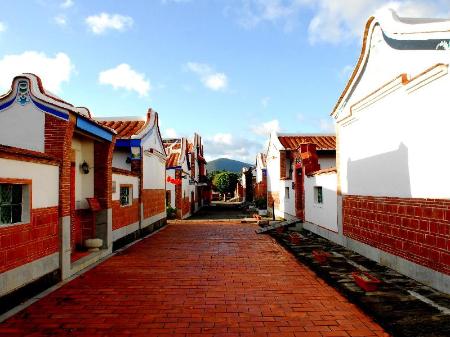 See all
Kenting Youth Activity Center Hostel
Kenting Street,Kenting Street - View on map
"Room and toilet were good. Complex replicates old Southern Chinese style buildings, which is interesting in itself. Though it is generally worn, important areas like the room and toilet are well maintained. Vending machines, coin-operated laundry machines and dryers (working but a bit dirty, just do a bit of cleaning with tissues). Note that there is no direct route from the complex to either Dawan(immediate West) or Xiaowan(immediate East) beaches. You have to walk out to Kenting Street and then to the beaches."
Show more
8.4 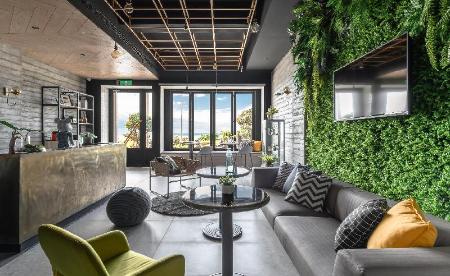 See all
Hido Hostel
Kenting Street,Kenting Street - View on map
"i think great sea view is the selling point. as the location is one street beside the main kenting street, during the stay we were not disturbed from the crowd, we can easily listen the sound from the wave to the seashore. talking about the cleanliness, it is clean but sometimes we saw some ants. but i think it is hard to keep perfect clean for the seaside building."
Show more
8.1 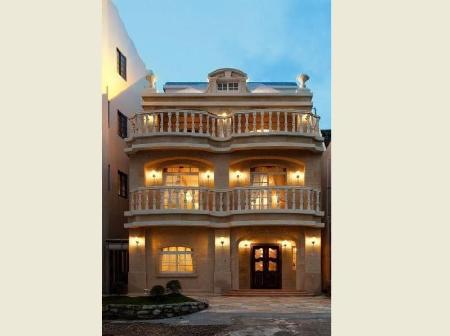 See all
Brittany Hotel
Kenting Street,Kenting Street - View on map
"Pros. It is a very cozy small hotel a few steps from Kenting Street. It looks much better than in the photos. The owner, is a fantastic lady that will help you beyond expectation. I would definitely recommend it for 1-2 nights. Cons. The view from my window was not really appealing. The beach is not very close and is not one of those I would recommend. In any case you would rent a moto to go around. "
Show more
8.7 See all
Kenting 166
Kenting Street,Kenting Street - View on map
"Right smack in the middle of the Kenting Night Street with a convenience store on the ground floor. A minus is the karaoke/pub next door. As long as your sleeping hour is after 12am shouldn't be a big issue. If you plan to drive or ride a bike, parking might be an issue should you plan to return to the stay before 12am. The stalls blocked at the entrance of the stay. Need to park a distance away. "
Show more
8.3

See all
Chateau Beach Resort
Kenting Street,Kenting Street - View on map
"To be totally honest, I did not watch the movie before I picked this spot and not until I was there that I started to realize that the movie is so popular, everybody is still talking about it. It is not a good season for coming here in Dec, too much windy. When staying in a hotel with it’s own private beach, it is too sad you can only stay in room. Yes, the oceanic scene is unbeatable, but it would be better if I could stay in upper floors as the trees are somehow blocking my sight. You have rich choices at breakfast, and other entertainments, a few minutes walk from the main Kenting street, where you have the true leisure. "
Show more
8.6

Discover the neighborhoods of Kenting Street